Friday night, May 10th, KCSB-FM is bringing OSHUN, Jaji Preme, and Jupiter Black to the KCSB Courtyard!  For those of you who aren’t as familiar with the artists, we’ve put together an intro playlist with some tracks we love and think you will too. Check it out, and let us know who you’re most excited to see! 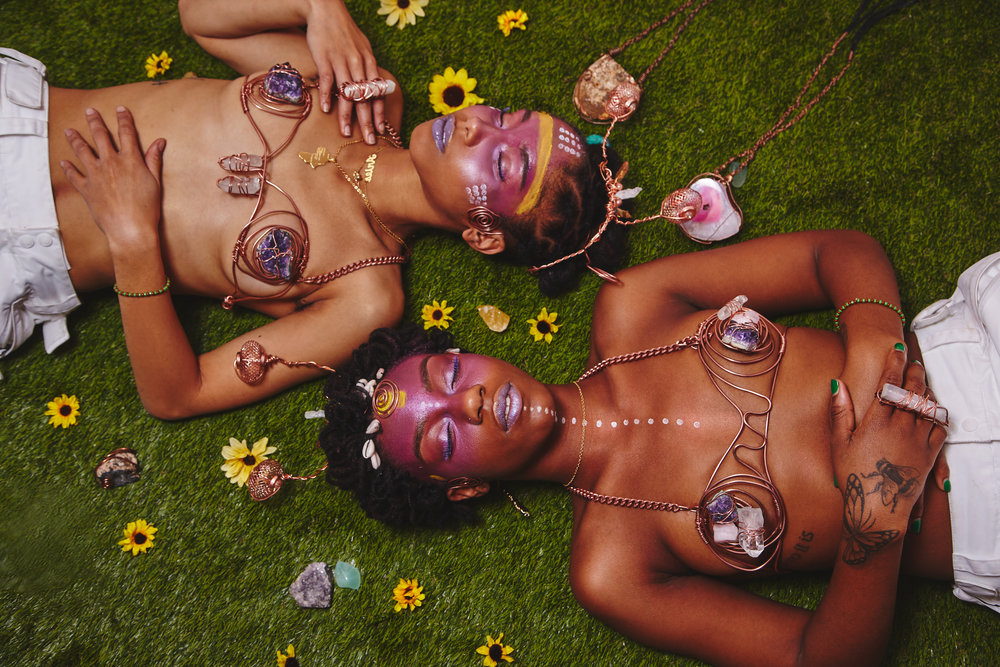 The upbeat intro track on bittersweet vol. 1 welcomes you to the Afrofuturist world of OSHUN, introducing themes of space and spirituality with a sci-fi twist.

This track is a true self-love anthem, emphasizing self-care (“celebrate the elements that keep my mind right”) and acceptance of yourself, flaws and all.

“My World” slows it down with a soft and sweet track featuring Jorja Smith. Dreamy chimes and smooth guitar chords glide in and out of the background, creating the sonic equivalent of an ethereal trip through the stars.

Jaji Preme is a rapper from the East Bay, who highlights authenticity, mysticality, and love in her lyrics.

The show is on Friday, May 10th at 6pm in the KCSB Courtyard (under Storke Tower). Be sure to come early- we’ll be running a raffle for a pair of tickets to the SOLD OUT concert with The Marías at SOhO, as well as a pair of tickets to Kali Uchis and Jorja Smith at the Los Angeles Greek Theater! Follow @kcsbfm on Instagram for more details.

Posted in Blog, Playlists, At the station, DJ Posts

KCSB News and Sports · Fighting for Equality & Protection in the Online World MediaJustice is fighting to bring equality and protection to marginalized groups in the online world. KCSB’s Alexandra Goldberg has the story.

KCSB News and Sports · Undocumented Residents and Access to the COVID-19 Vaccine Lopez says that COVID vaccine sites often ask for at least one source of identification, like social security numbers, which undocumented populations might not possccess. SBC Public Health Director Dr. Van Do Reynoso responded by detailing how […]