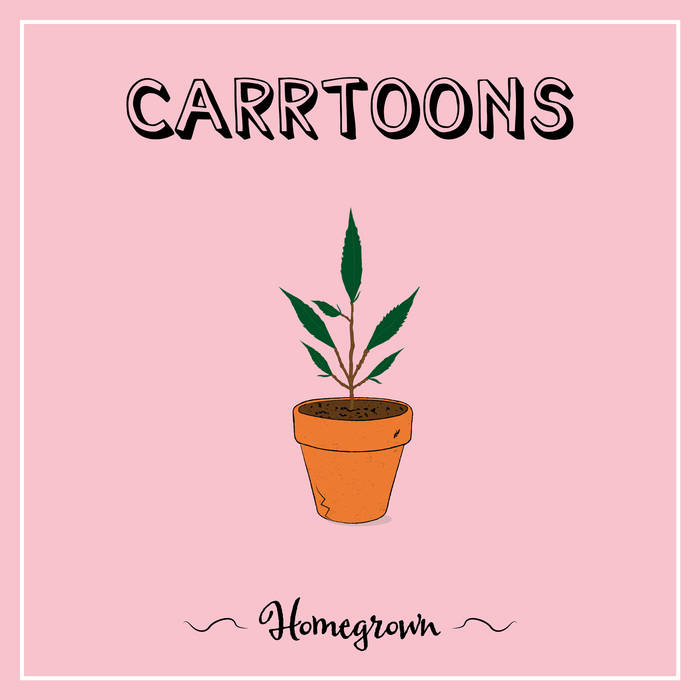 When it comes to music, sometimes it isn’t even the singer that draws you towards certain songs and albums. Behind the scenes are the producers, mixers, mastering engineers, and more. It really is a team effort all around, and for all you know, it’s actually the team members that aren’t in the spotlight bringing you back to some of your favorite artists’ music. This is why it is always interesting to see producers really dive into their creative freedom and produce an album for themselves. One person that has done just this is CARRTOONS, a multi-instrumentalist and producer who hails from New York and has been making some waves in the music industry.

Known for his electric bass skills, he is an all-around musical talent that definitely shouldn’t be ignored. He has worked with the likes of talented artists such as Robert Glasper, Mac Ayres, Butcher Brown, and has even opened for Thundercat. Real name Ben Carr, CARRTOONS is a gifted producer that blends genres such as hip-hop, jazz, and soul seamlessly in his music. Growing up with a father who was also a jazz musician that worked alongside big artists such as Bootsy Collins, it definitely had an impact on his musical direction, and I am here for it. He has also obtained a degree in jazz performance himself, helping him truly understand and perfect the art he creates. The jazzy undertones of his music is definitely what drew me to him right off the bat, because whenever an artist mixes jazz or funk into a different genre, I love to see what kind of twist it presents.

All of this is displayed on his album Homegrown that was released earlier this year, which is being featured as KCSB’s Add of the Month for October. Considering CARRTOONS’ claims to take influence from artists such as Madlib, Stevie Wonder, and James Jamerson, I knew I would be in for a treat before I listened. Garnering support from talented artists such as Rae Khalil, Floyd Fuji, and Nigel Hall, this album is a must listen from top to bottom. All throughout, he incorporates dreamy/airy piano chords and exciting bass lines that continue to draw you in with their calming and comforting feel. This is utilized in different ways however, with songs like “Groceries” featuring Nigel Hall, using this to create a soulful track that puts a modern twist on the old soul sound, taking retro soul to a new level. To continue focusing on the songs with features on the album, “Lighta” employs female rapper Rae Khalil, who some may recognize from the Netflix TV series Rhythm and Flow. Once again this track’s bassline makes it hard not to bop your head as you groove along with the effortless flow of Rae’s exquisite lyricism. Not only this, but the song teases you with a distorted electric guitar chord that makes a reappearance and is expanded upon at the end of the song. These two are definitely a powerful duo, working on other tracks such as “Father” and “On Fire!” together, both by Rae Khalil as well. All songs worth checking out.

Although those are two of my favorite tracks off of the album, where CARRTOONS really shines through and showcases his talent is on his featureless tracks. Looking first at the track “Hollywood,” a little bit past halfway on the album, you can really see the funk influence on his music. He immediately kickstarts the song with a synthesized “wah” and with no better way to describe it, a “sparkling effect” that makes you feel like you’re cruising down the palm tree filled streets of LA. As if it couldn’t get any better, he tosses in some smooth saxophone as well, showcasing that jazz upbringing that was mentioned earlier. And of course, as with just about every other song, we find ourselves with another infectious bassline. Closing out the album with a bang is a song titled “White Widow,” which really just encapsulates the feeling of a final track. The chord progression of the piano is reminiscent of an end scene in a movie, with the plucking of his guitar strings and the violin coming in to create a really full sound that tickles the ear in all the right places.

These are just some of the highlights from this amazing album, but overall I recommend listening through the entire thing. The eclectic sound is not only a great addition to our music library here at KCSB, but to all of your personal music libraries as well. I know that I have been, and will continue bumping this album for a very long time, and I hope that this influences you as well. It is rare to find artists with such pure musical talent in this day and age so it really should not be taken for granted. I can’t wait to see what else he has in store, collaborations and solos, for each style and song brings something new and exciting to the table.