– Kate Bollinger’s voice is so remarkably sweet. This is a song about being patient when times are tough, and trusting that better days are around the corner. My favorite parts of this song are the strings which are featured on the choruses, bouncy and upbeat drumming, multiple guitars featured throughout the song, and the synth sound that can be heard more towards the end of the tune.

– In 2019, Vulfpeck sold out Madison Square Garden, and the result was one of my favorite live albums of the last 5 years. “Smile Meditation,” is a song that’s guaranteed to lift your moods and get your head bopping in no time. Though the original recording of this features a flute playing the melody, this recording features a mandolin and a saxophone. The two instruments even trade 4’s midway through the song as the band drops out and the audience cheers.

– Italian disco has to be one of my favorite genres that I’ve discovered this year. Listening to this song fuels my daydreaming about spending the summer on the Italian coast. Absolutely groovy and guaranteed to make you want to get up and dance.

– Cafe Tacvba is one of my favorite Mexican rock bands, especially for their incorporation of traditional Mexican music in their songs. This is an example of one of those songs, featuring Mariachi and Ranchera styles. The song’s title means “If Only It Would Rain Coffee,” and the song was originally written by Juan Luis Guerra.

– Jim Croce is one of the most underrated songwriters of the 60s and 70s. This track is nostalgic and beautiful. Featuring light drums, doubled-up, panned vocals, and beautiful guitar playing. The lyrics are about a man who is singing to a woman named Georgia, hoping that she will take him back. This entire album, titled “You Don’t Mess Around With Jim,” is a masterclass in lyricism and full of great folk guitar playing.

– David Byrne is one of the world’s greatest sound collectors. The Latin inspired, beautifully arranged sonic miscellanea speaks for itself. What I love most about this song is the wordplay with the phrase “Miss America.” Yes, Byrne uses it in the most obvious context, to refer to a beautiful woman to whom he is singing. But, the lyrics also use the words as “I miss America,” which makes sense in the context of the more political lyrics contained in this song. Later in the song, though I’m not sure if this one is intentional, it sounds like he’s singing, “ay, miss America,” which would pair with the song’s Latin feel.

– This track comes from an album full of Bob Dylan covers which are reimagined in the genre of gospel. The track begins with a bass line, which is quickly joined by the sweet voices of a gospel choir. The main melody is sung by a woman, which is just one of the ways in which this version differs from the Dylan tune. My favorite part of this song is the harmonies that can be heard throughout. As I often say on my radio show, I love hearing covers of Bob Dylan songs which focus more on the instrumentation and harmonic composition of the song because Dylan recordings focus mainly on Dylan’s voice and lyrics.

– A cover of the classic Zombie’s song. A song which always provides comfort in times of change. As the year draws to a close, you’re probably saying goodbye to lots of people who won’t be around next fall. Take this song as a comfort that there’s great things waiting for you and them after this difficult season.

– Esperanza Spalding’s voice has to be one of the most elegant I’ve ever heard. Plus the instrumentation on this track is absolutely amazing. The production is also phenomenal, the near-perfect production allows Spalding’s voice to shine, but also allows the piano and bass to take the forefront during their solos or at certain moments when they add flourishes.

– Spiritual, glorious, and bound to fill you up with ecstasy. The harmonies on this track are wonderfully complex, the rhythm guitar is groovy, and the lead guitar plays drone-like lines in the low end of the mix. The lead melody is sung passionately and effervescently by Letta Mbulu. The trumpet section throughout this track also adds a lot to its texture.

– The early blog era kind of felt like it was made to appease dubstep fans… whatever that means. Anyways, this one has a s/o to “Cookies from Oakland,” hence it’s the perfect party anthem.

– iblss makes simple beats that feel like traveling through the void, and AKAI compliments it with timeless raps that make you feel infinite.

– Brain is melting. With a magnificent purpose. This song is prog-rock on the verge of an aneurysm.

–  Semi-existential, but dancing through it. Is it real? Is it not? Who cares and let’s just groove.

– Even when your whole world can feel dull, love can feel like pins and needles, with a raw emotionality that kicks in when you least expect it – you can hear it even when the song completely stops for a few seconds. Love at its purest.

– I love this one because it’s soft and relaxing and mellow, but even more so, a certain Japanese hip-hop producer sampled this. See if you can figure out who.

– One of the best whisper rap songs to come out in 2021. Slo-Be brings a wild aggression that reminds me of my mom when she wants to yell at me but there’s people around, so she’s forced to whisper.

– Polo Perks sounds so happy when he’s rapping on this one. It makes me smile and it’s the perfect spring song just because of that.

– The call-and-response in this song is so addictive, my brain cannot stop repeating the chorus no matter what I’m doing. “WHAT THE F**K IS THAT?” Yell it over and over and over as the weather slowly gets hotter and you get slowly more irritable.

– Valee is the weirdest rapper with the weirdest flows. Here, he’s created a whole project of him rapping over elevator music. Enjoy.

– Jack, do you remember what day it is tomorrow? A truly stunning ballad with the criminally unknown Carla White showing the full power of her pipes.

– Another band I’m much too late in my appreciation for, it goes without question this song is sublime. Love the use of the record scratch. Obviously it was common in this era, but it’s always nice to see a cliche done well:

– I listened to this song when I was 12 and ever since I’d give Kiyoura-San my heart if she asked for it. The wonderful jazzy lyrics and beats mix perfectly with her angelic voice. To call it divine is to understate. 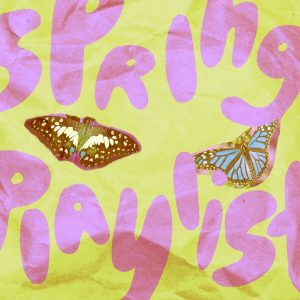