KCSB’s music department is sitting down each month to write to you about one album added to our music library that left a strong enough impression on them to be crowned Add of the Month. This month, External Music Director Finnegan Smith goes in depth on Kero Kero Bonito’s latest EP, Civilisation II, released on Polyvinyl Record Co. 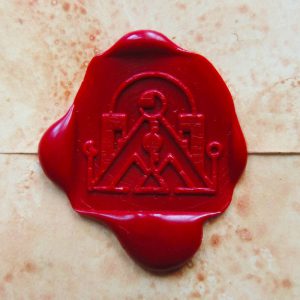 With Civilisation II, Kero Kero Bonito delve deeper into electronica by incorporating house and EDM influences into the synthesized sound of the project’s predecessor. The 3-track EP begins with it’s lead single, “The Princess and the Clock.” The beginning of the track sounds like a cut off of a Richard D. James-era Aphex Twin project, and the percussion throughout follows suit. The vocal manipulation at the end of the first leg of the track serves as a euphoric introduction to an irresistible, bass-laden electro-pop tune with an infectious hook. Lyrically, the song tells the story of a princess stuck in her castle who dreams of escaping to a far away land. While this song was likely written before the onset of the COVID-19 pandemic, lines such as “As the nights ran/Blurring into years” and “For the memory got lost in the dark/Shadowed by a clock face/The hands arrested at the time she came” hit close to home for many given how perpetually lonely the last year has been.

The project’s second track, “21/04/20,” chronicles a day in the life during the early stages of the COVID-19 pandemic in the United Kingdom from beginning to end. The song follows Sarah as she sings about waking up late, eating leftover pasta from the night before, going on a government-mandated walk to get out of the house, video calling her friends, and playing games to pass the time. Sarah’s vocals are underscored by a synth funk instrumental reminiscent of the Japanese city pop movement in the 1970s and 80s.

On “Well Rested,” the project’s closer, the trio deliver a 7-minute deep house piece that makes a statement about climate change and the perseverance of mankind. The track kicks off with a trance-like passage sung in Japanese that portrays the greek goddess Gaia watching over humanity, ensuring harmony between humans and nature. Sarah discusses the relationship between humans and the earth later in the song, stating, “The resurrection will come/Only when Gaia requires it/It will not come sooner/If we care for our mother,” going on to proclaim, “We must fight the unnatural cause of anti-humanity/And listen to Earth’s word.” Sarah points out that the end of the world can be postponed if we, as humans, begin to take action in minimizing our negative impact on the environment, referencing Gaia, the personification of earth, as Mother Nature. The song ends with the sounds of running water, as Sarah declares “Doomsday hasn’t come yet/You cannot stop civilisation”, a triumphant message to remember as we transition out of the pandemic and begin our journey to a return to normalcy.