With our 2019-2020 Internal Music Director under self-quarantine, Matthew McPherson (Wane Lietoc) has taken to their personal tapes, highlighting and documenting the most outstanding in their collection. In the eighth edition of Tape Quarantine, they listen to Foot Village on their new Walkman. 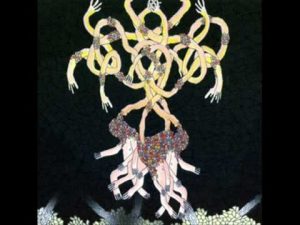 There’s a primal joy to biking, I suppose. Last month, a friend left my house his bike for the impending future of quarantine. I started using it to go into Goleta as an excuse to sell $15 of tapes a week on eBay. Then, I started using it to cope with any moment of boredom. Tapes + exercise is no new concept—in fact, it is why I finally “upgraded” to a sports Walkman. While I rarely consult Techmoan’s guide or log on to the forums to talk shop about Walkmen specs, the WM-SFX39 boasts not just a clock, radio, and stopwatch—it can play tapes in reverse. Perfect for when you want to bike 45 minutes out and 45 minutes back, timed by the tape reversal.

It also completely opens up a new category of music to listen to itself! While there’s Galaxie 500 or Breeders for those cruises through Goleta proper, it’s all about that coastal trail death bike. With a faint coastal heat always along your back as the asphalt trail extends for what feels like miles, you’ll want the loudest, most blood-boiling punk. Fugazi’s Repeater is itself an excellent choice during those moments when I want to race down the path like a banshee, only to withdraw at the quiet moments.

When I want to feel like a maniac for the entire trip, desperately trying to outpace and set new records in my personal speed, I put on Foot Village’s World Fantasy.

Who is Foot Village?

Foot Village is no ordinary music project. Four drummers smell like a dreaded drum circle that you’d find with a sell-by date from the 1998 Tibetan Freedom Concert. Yet, by 2005, Foot Village became established denizens in the fabled Smell scene out of LA during the heyday of No Age. They played with a punk intensity with the intention to “establish Foot Village as an independent nation” via “gathering data on existing countries, in hopes of inspiring models of their own systems.” They achieved this in the forms of two designated shouters/delegates, Grace and Brian Miller. A song would usually start with one of them YELLING AT THE TOP OF THEIR LUNGS LIKE NOW IS THE ONLY MOMENT THAT MATTERS before the sounds of drums crash. Every yell of theirs is infused with tight-wire bipolar energy like a rollercoaster you cannot see the drop from.

World Fantasy is the flashpoint of all their energy working like clockwork in that 2005 heyday. Tracks like “Great Britain and the Bermuda Development” are infused with an unstable rage. Brian repeats “THERE’S NO TURNING BACK! AHHH!” like he’s seen the end of times, as the cymbals craft an unstable disco rhythm that collapses into noise. “Where Ever the F*** Arnold Schwarzenegger is From” spends its near-minute running time with one Dadaist demand, “SEND ME A POSTCARD,” and you best take them at their word!

The title track is the most assured, with vocal deliveries beamed straight from a Saturday morning cartoon setting the stage for the action, which itself is a drum line chant fit for a junkyard. Complete with their exceptionally bizarre truths (“Hope is a Foot Village!”), the righteous fury of their screaming is a perfect match for whatever simple or complex drums they throw into this mix. When Foot Village decides to engage in a free-for-all on the track, they achieve the same energy of a Wes Anderson stop-motion fight, pushing the velocity of any bike ride toward its maximum.

Deathbomb Arc, which Brian Miller just happens to run, reissued the tape last year complete with a B-side that collected several other 2005-era rarities that only further show just how vital and weird Foot Village was leaning into this deliciously fun concept. Perhaps most notable are the tracks from DBA’s Pisspound compilation. “Psychic Connection” features perhaps Miller’s best proclamation, as he howls “ALL VILLAGERS OF FOOT VILLAGE MUST HAVE A PSYCHIC CONNECTION WITH THE VIETNAMESE MAFIA,” like this is indeed a realistic yearning and not just a group of words thrown out from a hat.

“3840 Ticks of the Soul” (featuring Capt. Ahab a.k.a. Johnathan Snipes of Clipping) has a spoken introduction that works like the intro to a trashy flash game you would have found on Addictinggames in 2006, introducing digital remixing to the Foot Village arsenal to wicked results.

Yet, the most heartfelt, wondrous track, “Comparable Love in the Time of Development,” offers an origin/love story that puts them squarely in the lineage of noisefreak like Animal Collective. Recalling two lovers, bonded over dancing, it gives Foot Village an opportunity to present their sound not as an irreverent blip, but as a rejection of everything around them, an innocent break from the cycles before it. “We have a lot more imagination than most people our age!” is their statement of intent, delivered with sneering joy and a cacophony of raging noise that at once is completely assured of itself and its lofty goals, even as it immediately falls over on itself.

Fifteen years later and indeed, Foot Village has a lot more imagination than most of its era. May we get to Foot Village, by the rushing of cymbals, soon. 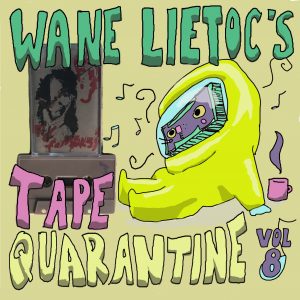