With Internal Music Director under self-quarantine, Matthew McPherson (Wane Lietoc) has taken to their personal tapes, highlighting and documenting the most outstanding in their collection. In the fifth volume, they catch themself in a tiger trap. 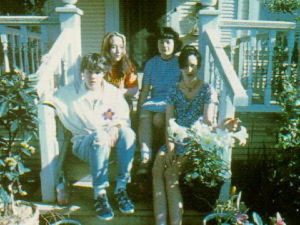 I am swimming through tapes—not even counting what I’ve picked up over the last two days on Bandcamp. I think it goes back to reading Our Band Could Be Your Life (OBCBYL) and Facing the Other Way, two books about independent music and the bands, labels, and sounds they rode in on. By no means are these books perfect accounts, but every band or album mentioned in them I put on a mental want-list that I return to when I find the right deal on Discogs. 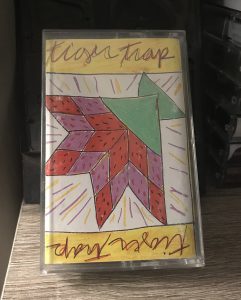 Most of the time though, my collection grows with a stream-of-conscious focus. OBCBYL led to Beat Happening, which led to K Records, before ending at Tiger Trap’s singular, self-titled album—a wonder oozing with a decade of twee inflections. It also has one of the prettiest covers in the entire K catalog (Heather Lewis of Beat Happening designed it!) that practically screams “playful lil’ mixtape.”

The all-female Sacramento-quartet may have only been around for about a year, yet their album sounds generally enraptured—these types of bands may have been open in indie-pop scenes, but were still far between (the short-lived Marine Girls and Look Blue Go Purple come to mind). Calvin Johnson’s production lends it that same aura of minimal wonder Beat Happening could carry with it, starting with an excitedly whispered “1, 2, 3, 4” count on the pop-bliss opener “Puzzle Pieces.” The song carries a devious upbeat speed, locked in with Heather Dunn’s stomping drums that keep pace with Rose Melberg’s quick-witted delivery about a phone relationship “together just right, puzzle pieces.” It’s a smashing melody that hits the best of Flying Nun’s jangle, just with a surfer rock edge. In fact, the surf-rock guitar is given a multifaceted edge on the album, swooning in a long arch in “You’re Sleeping” or taking on a noisy bent on “Eight Wheels,” turning each track into pop 7” ear candy. Meanwhile, “Super Crush” and “Chester” work with slow, cuddly verses that explode into speedy choruses complete with vocal melodies-reminiscent of Lush’s earliest EPs, but with a whole lot more of scrap in their sound.

The stakes on these songs are to dance, nothing more or less. And in true indie-pop fashion, these twelve songs dance like the moment is now-before scurrying away in a 30-minute jiffy. For 1993 indie-pop, this may not have been the flagship, despite a K records release. Yet, it is truly cult—the legacy of Tiger Trap is found in the inflections of Katie Bennet’s Free Cake For Every Creature or the lo-fi goldmine of Julia Brown: playful and scrappy but oh-so-reminiscent of other “flash-in-the-pan” indie-pop. Hearing this on a cassette, as Rose Dolberg pines for “a pineapple crush on a boy I don’t know” (Prettiest Boy), Dunn’s cymbals lightly pattering, you can catch a glimpse snapshot of an era of detailed-yet-playful guitar music that’s only cardinal sin was not remaining in print.

Now, on to find the next Discogs goodie. ✦ 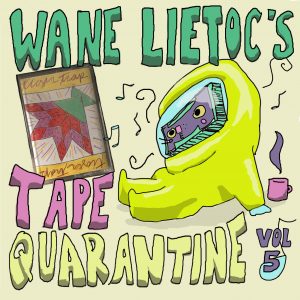