With Internal Music Director under self-quarantine, Matthew McPherson (Wane Lietoc) has taken to their personal tapes, highlighting and documenting the most outstanding. For the inaugural edition, here is a look at Angel Olsen’s debut EP, Strange Cacti. 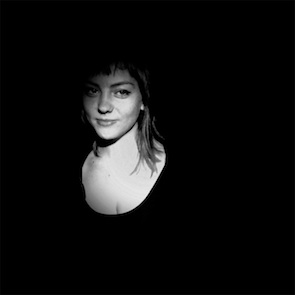 Over the course of the last decade, Angel Olsen went from folk hero to art pop sensation. Yet, this versatility was never paramount to genre exercises. At heart, Olsen’s music has always been about romance, especially the many fervent emotions attached to it. Last year, Olsen announced plans to issue a sister album to All Mirrors, a minimal stripping of 2019’s art pop treat. For a majority of casual listeners, it might be their first foray into Olsen’s sparser recordings. Thus, it is THE perfect time to explore her debut EP,  Strange Cacti from the start of last decade.

Wonderfully lo-fi with at six tracks for a total of only 21 minutes, it fits like a glove for my brisk walks around the block. Even better, it encapsulates Olsen’s knack for soaring vocals and evocative instrumentals at their most minimal. While Half Way Home would add a backing band, Olsen is just left with 60s guitar pop chords, an amp with a whole lotta reverb, and an impeccable voice. The intimacy across the album is rawer, lonelier as a result. Olsen’s vocals on Strange Cacti sound like they emanated from the base of a grand, abandoned church-we’re just lucky to be listening in. It’s the perfect backdrop to her poetry of learning heartbreak and life lessons the wrong way.

In “If it’s Alive, it Will”, Olsen swoons when speaking of her lover as if they are a cherished book. Her vocal technique, present here, would become center stage on breakout single “Shut Up Kiss Me” on her 2016 album, MY WOMAN. The closer, “Creator, Destroyer”, documents a kiss-off to an emotionally-dead relationship. Just when you think she’ll melancholically “Doot do do doot” her way to the finish, she lets out a power “F- you and everything we’ve done,”. It’s a knockout ending. Yet the highlight track, “Drunk and with Dreams”, is keen on Olsen’s best calling cards. It opens quietly, with lackadaisical strumming that would not have sounded out of place on a 78 rpm from half a century ago. As Olsen builds up the instrumental, she sings of drunken, unrequited love. “Someone has got to let down their guard for someone” she observes, before pleading “I’ll be the one, I do not mind”. Even from her earliest recordings, she herself admitted to love’s addictiveness.

So, until the All Mirrors sister album, might I recommend a light listen to Strange Cacti?

Here is a killer live version of Drunk and with Dreams from 2011 (what a show!)