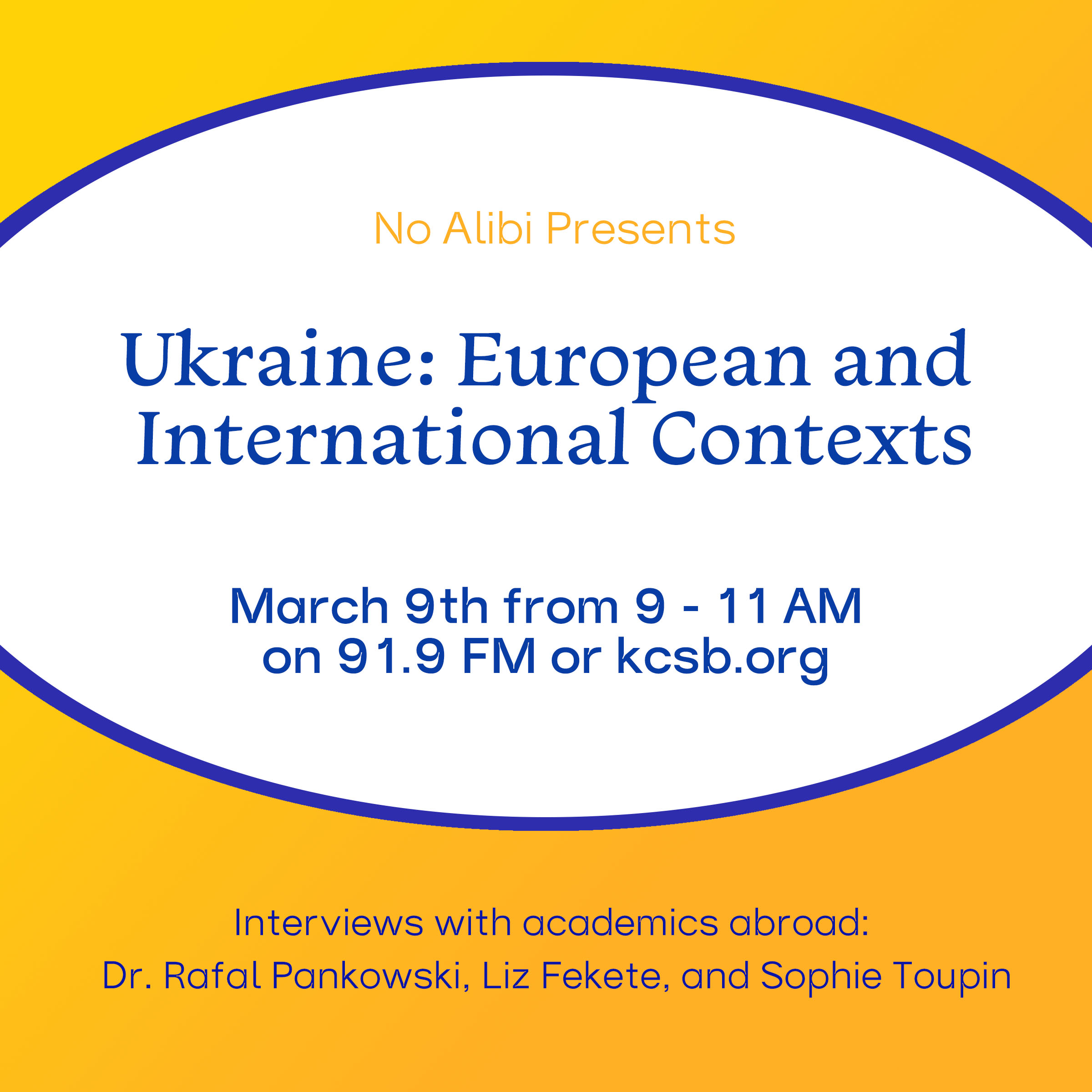 Tune in to No Alibis tomorrow at 9am – 11am for special programming about what is happening in Ukraine in a wider EU/Eastern European context, as well as international solidarity.
In the first hour, No Alibis will interview Liz Fekete and Rafal Pankowski to talk about what is happening in Ukraine in a wider EU/Eastern European context, with a focus on the role of far right groups, racism, and the attacks on refugees from African and Arab countries in Poland and elsewhere.
Dr. Rafal Pankowski is head of the “Never Again” Association in Warsaw, Poland’s leading anti-racist organization and author of The Populist Radical Right in Poland: The Patriots (2010).
Liz Fekete is the Director of the Institute of Race Relations London. She is the author of Europe’s Fault Lines: Racism & Rise of the Right (2019).
In the second hour, Interview with Sophie Toupin regarding international solidarity and clandestine communications during the anti-apartheid era.
Sophie is currently a postdoctoral researcher at Concordia University in Montreal. She completed her PhD at McGill University in Montreal, Quebec, Canada. Her doctoral research examined the relationship between communication technologies and anti-colonialism in the context of national liberation struggles in South Africa.
Thank you for your support of KCSB! Go to the KCSB schedule tab and find No Alibis on Wednesdays, click on March 9th to hear the archived show or use the link below prior to March 23rd:
https://spinitron.com/KCSB/pl/15528884/No-Alibis