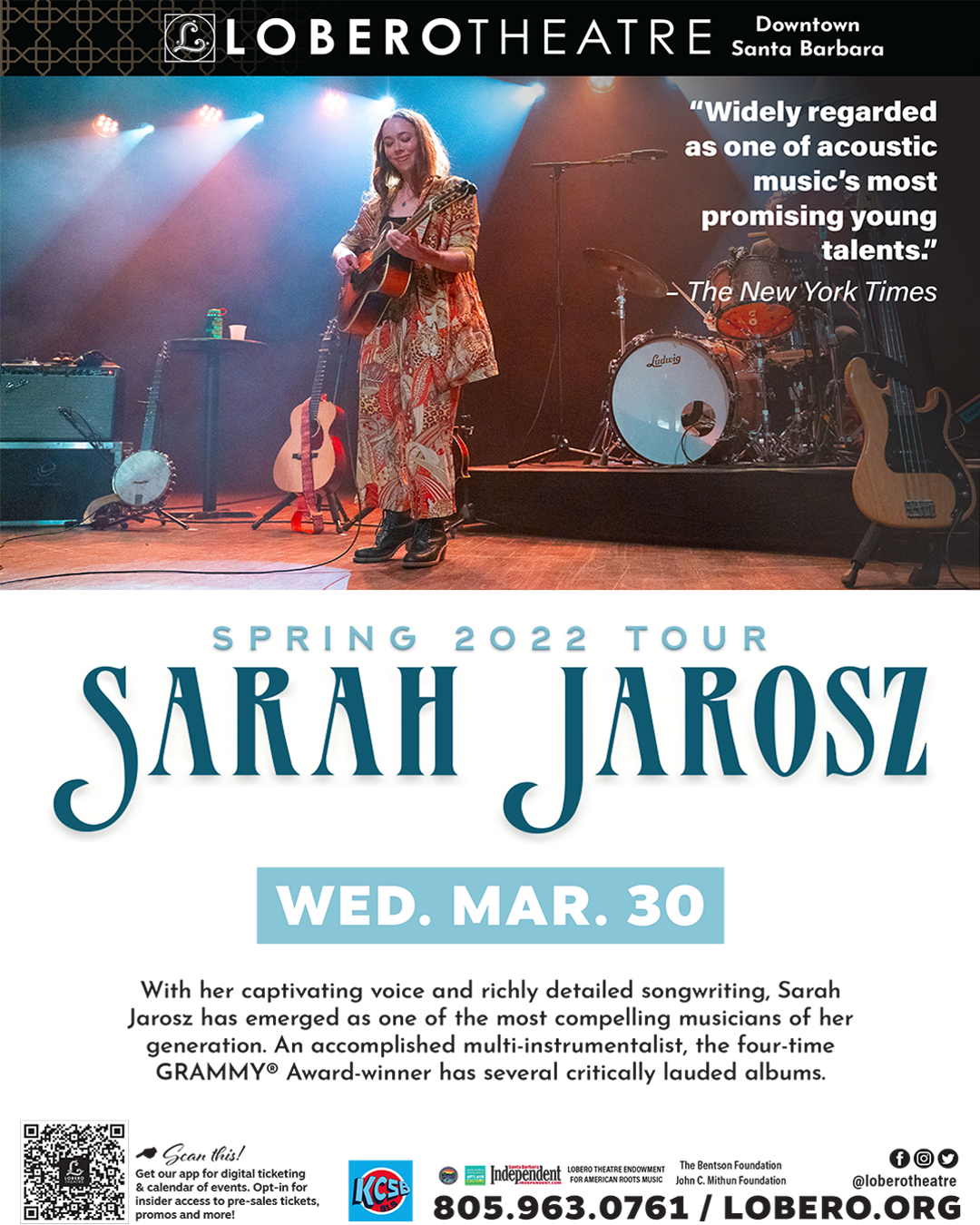 Four-time Grammy award winner Sarah Jarosz is known for her bluegrass, folk rock releases on the Rounder Records label. The night’s special opening guest is Ric Robertson, with an extraordinary sound colliding elements of jazz, funk, and country. Sarah Jarosz has emerged as one of the most compelling musicians of her generation, with rich vocals to match. This tour will support her latest releases Blue Heron Suite (2021) and World On The Ground (2020), which took home a Grammy for Best Americana album.

Wednesday, March 30th at 7:30 PM, tickets are available at lobero.org

The Texas native started singing as a young girl and became an accomplished multi-instrumentalist by her early teens. After releasing her full-length debut Song Up in Her Head at 18-years-old, she went on to deliver such critically lauded albums as Follow Me Down, Build Me Up From Bones, and 2016’s Undercurrent, in addition to joining forces with Sara Watkins and Aoife O’Donovan to form the acclaimed Grammy winning folk trio, I’m With Her.

In the making of her new album World On the Ground, the New York City-based artist collaborated with producer/songwriter John Leventhal: a five-time Grammy Award-winner known for his work with Elvis Costello, Shawn Colvin, and his wife Rosanne Cash. Working almost entirely on their own, the two musicians crafted a subtle tapestry of sound perfectly suited to Jarosz’s lyrical storytelling. In a departure from the nuanced introspection of her previous work, World On the Ground unfolds as a finely wrought collection of stories from her hometown of Wimberley, Texas (population: 2,626), presenting a series of character sketches nearly novelistic in emotional scope. As she inhabits characters both real and imagined — exploring the tension and inertia of small-town living, the desire for escape and the ease of staying put — Jarosz reveals her remarkable gift for slipping into the inner lives of others and patiently uncovering so much indelible insight.

KCSB is a media sponsor for this event! Stay tuned for the opportunity to win tickets to this show!