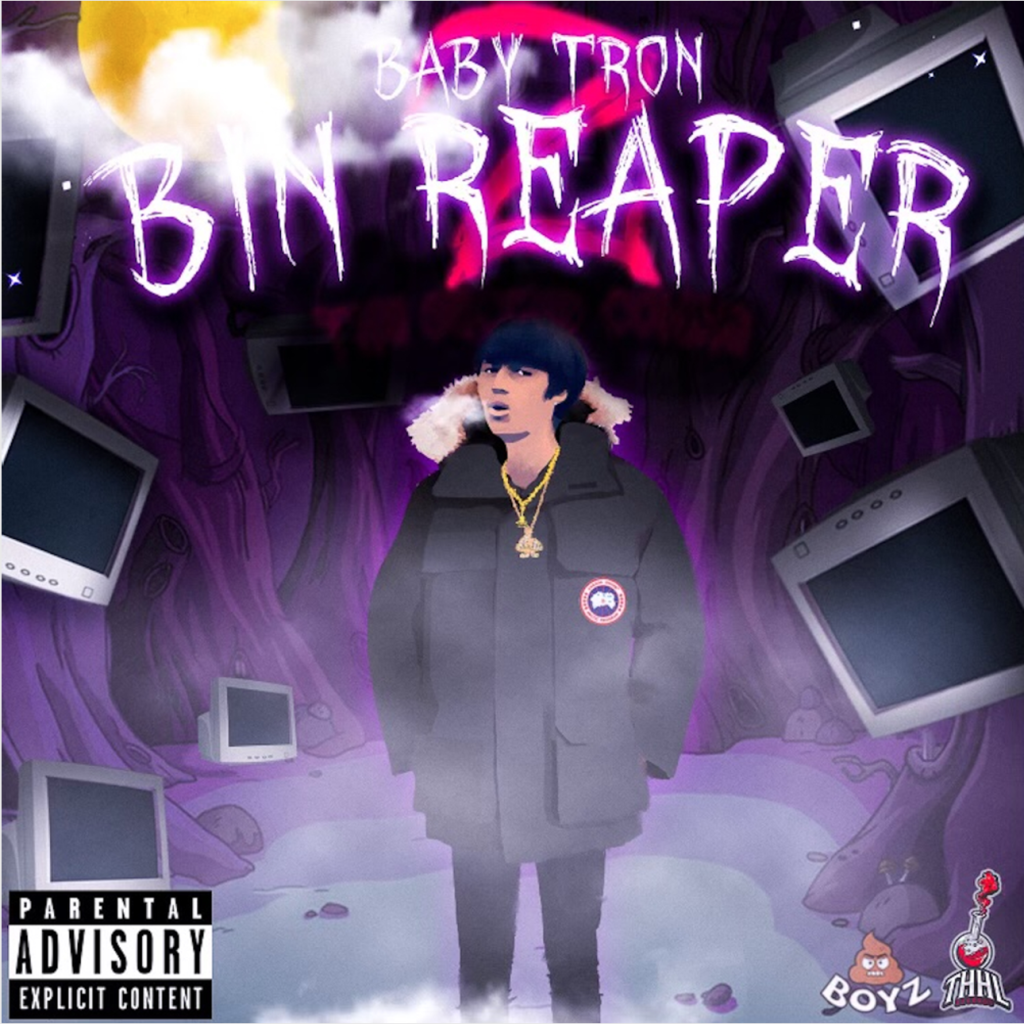 Although it may be common knowledge that the California rap scene is multi-faceted, splitting off into regional forms from whisper rap to hyphy music to G-funk, Michigan has an ever-emerging rap scene that has never failed to breed new talent. When one of the greatest hip-hop producers to ever grace the Earth with his presence, J Dilla, broke through in the ‘90s with his classic albums, Welcome 2 Detroit and Donuts, it seemed as if Michigan would be the home of progressive soul music. A city once revered for its ability to revamp tradition never lost momentum with artists like Dilla and Slum Village taking the reins. Skipping forward a decade into the future, when Danny Brown presented his blitz of experimental hip-hop projects, including the critically-acclaimed 2016 album Atrocity Exhibition, Detroit once again became the home of inquiry and creation. Danny Brown was toothless and brazen, etching a new narrative about the ugly pitfalls of drug addiction and hedonism. Now skip to the late-2010s and early-2020s, a new nihilistic subgenre has made its way within Michigan in the form of scam rap. Taking influence from artists among the likes of Eminem and Royce da 5’9”, scam rap is preposterously fast-paced. It bleeds energy and hunger – new blood searching for their next scam, teaching their listeners about maneuvers and motives that the artists have been practicing since their youth. Coming out of Ferndale, Detroit, Flint, and virtually anywhere with a shopping mall, artists like Rio Da Yung OG, Kasher Quan, Teejayx6, BandGang Lonnie Bands, and the ShittyBoyz have turned the art of scamming into a lyrical dissertation on the malpractices of capitalism – it’s the French Revolution of fraud with fake and real credit card numbers alike. These are artists who will tell you how to sift through the dark web and rob your local plug. It’s the American underdog story; young kids in their late-teens and early-20s taking back money that should be rightfully theirs had the government not blown it away on gentrified street corners and however much the United States’ defense budget is right now.

The ShittyBoyz are the latest (and might I add, youngest) rap group to showcase their talent for running scams, basketball plays, and stunting MCM backpacks. They’re a new generation of hip-hop that’s simultaneously boastful and comical. In a 2019 interview with No Jumper, BabyTron revealed that every one of his Instagram captions is a lyric of his and each of his songs contain at least 100 of them. There’s more than enough reason to believe that’s true. On their breakout single, “Game Breaker,” the song starts off with BabyTron menacingly asserting, “I’ve got something that you don’t and it’s called talent.” But that doesn’t mean the ShittyBoyz are egotistical maniacs. Look at what they call themselves – the ShittyBoyz. “Shitty” is slang for cool, for those of you who aren’t yet hip to Michigan slang (yes, I was taken aback too). The trio, composed of BabyTron, StanWill, and Trdee, had just graduated high school when TheHipHopLab released their first full-length project, 3-Peat. However, 3-Peat was years after they first began rapping. StanWill and BabyTron began rapping when they were in the 5th grade when StanWill introduced BabyTron to the microphone that he had in his closet, and it was all shits and giggles from there. They were known as rappers around the block, and by high school, they had linked up with Trdee and called their crew the ShittyBoyz. Once “Game Breaker” released in 2018,  buzz started to accumulate and all their Mastercard scams and stolen Visa swipes began to pay off.

The beauty of BabyTron and the ShittyBoyz doesn’t just come from their one-liners about running up AT&T and whack jumpers. Their beat selection is ‘80s-revivalist, infused with Wockhardt and Everfresh juice, and maybe a dash of arcade pizza. The music is electrifying, radiating the hum of flashing neon lights you’re entranced with when you enter your local arcade. BabyTron is Speed Racer and “Jesus Shuttlesworth” is his name on the leaderboards. High-speed beats from Detroit-based producers such as Helluva and ENRGY give ShittyBoyz jolts of energy that’s only comparable to the Detroit Pistons’ crowds during their most recent NBA championship win in 2004.

Bin Reaper 2 is BabyTron’s latest full-length project, debuted on October 31st, 2021. The album is BabyTron at his most unconventional, rapping over wildly unorthodox instrumentals that capture just how rare of a talent he is. Although never off-beat, his voice never technically sounds on-beat, as his uniquely-Ferndale flow fluctuates like a high-frequency sine wave, landing perfectly on the beat as soon as it hits. But what even is the beat? The beats range from producer Danny G’s reworks of the theme song from Harry Potter to the theme song from Star Wars, starting and ending the project like a cinematic masterpiece. Anywhere in-between you might find BabyTron spitting bars about the type of weed strain that he has packed into his Backwoods, the Wockhardt that has him “walking around like I’m Frankenstein,” or his sightings at the Western Union bank in 2017. The music is chaotically whimsical, veiling lines about theft with ‘80s breakbeats that’ll leave you moving and grooving like your parents would at the roller skating rink back in their day. The music’s playfully innocent, the equivalent of pouring cough syrup into your favorite flavor of Fanta. Never unfamiliar, every single one of BabyTron’s songs on Bin Reaper 2 is a classic – you just have to figure out all of the punchlines to come to that realization.