Photos and words by Kiyomi Morrison

Known for her time playing synth in L.A. rock band Cherry Glazer, and opening for acts like Mitski, Soccer Mommy, Blondie, Snail Mail, and more — Sasami has earned her place in the industry long before her recent foray as a solo artist. Her debut self-titled album was released in March of last year through Domino, and has been described as embodying “brutal sadness at its devastating finest” through a synthy, jangly collection of melodies and reverb. Featuring collaborations with Devendra Banhart, Dustin Payseur ( Beach Fossils), and Hand Habits, the album boasts surprisingly creative effects and harmonies to compliment her brooding lyrics. An undeniably talented artist, her sound is best when at its darkest trajectory, such as the shoe-gazy ballad Pacify My Heart.

Presented by Smart Alec and KCSB-FM, Sasami took to the stage at SOhO Music Club in Santa Barbara on February 26. This came as a stop at the heart of her 2020 California/Mexico tour, which included shows in Tijuana and the The Chapel in SF (her final stop in her hometown Los Angeles was recently postponed amidst COVID-19 concern).

Opening for her was LA-based artist and critical theorist Mandy Harris Williams, who offered an experimental lecture/DJ set featuring spoken word from Audrie Lorde and her own writing on the cultural importance of music. Williams accompanied her throughout the tour, and came as part of a larger desire to create a more inclusive and educational music experience.

Sasami took to the stage with a blistering confidence, pausing to adjust her guitar before launching into her first set. In comparison to her drony recorded songs, the artist on stage evokes more closely her background in indie pop-punk with thrashing guitar and heavy pedals. To the thrill of the crowd, she performed a few new tracks– including the single ‘Mess’ which was released on March 12th to praise from critics. Between her candid jokes and fiery stage presence, the artist commands a stage of her own with great support from her bandmates. While we may have to wait for her next album, this is only the start of an impressive career for Sasami. 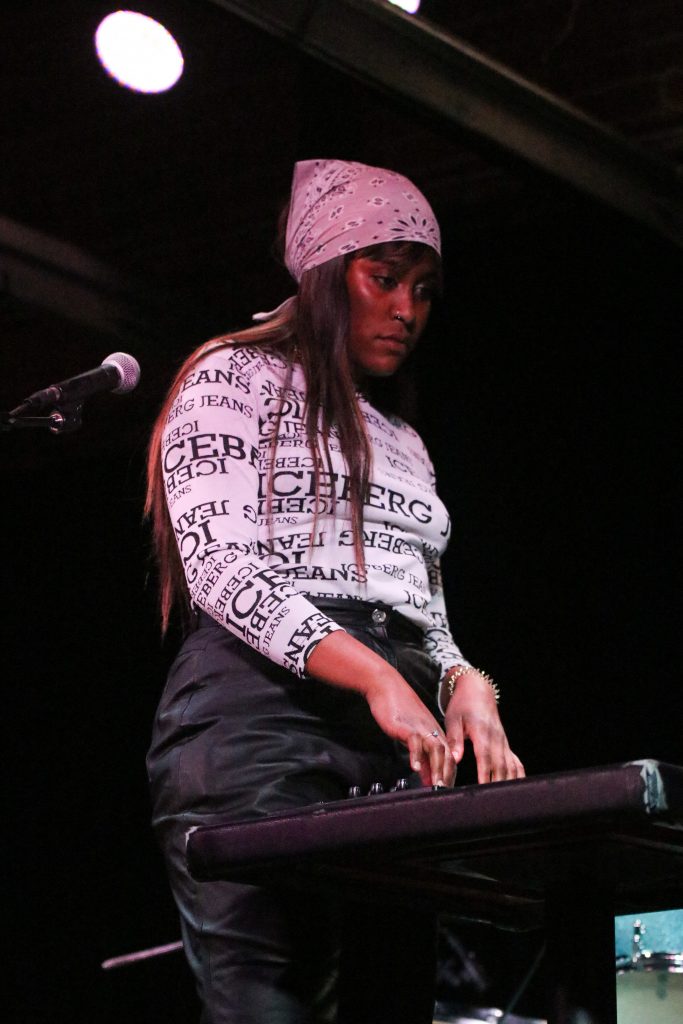 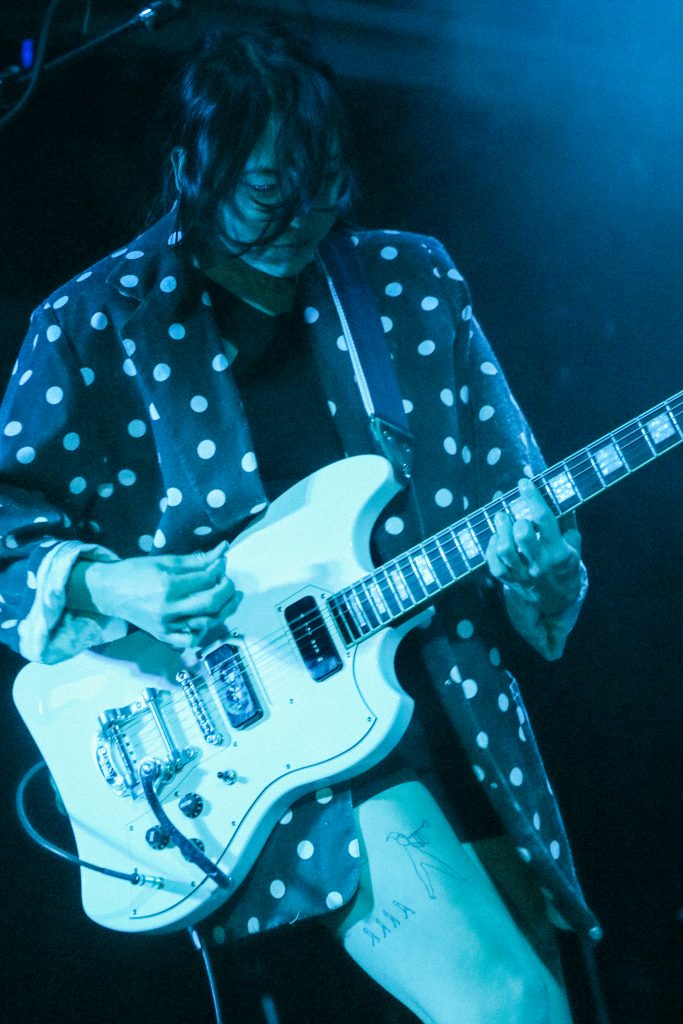 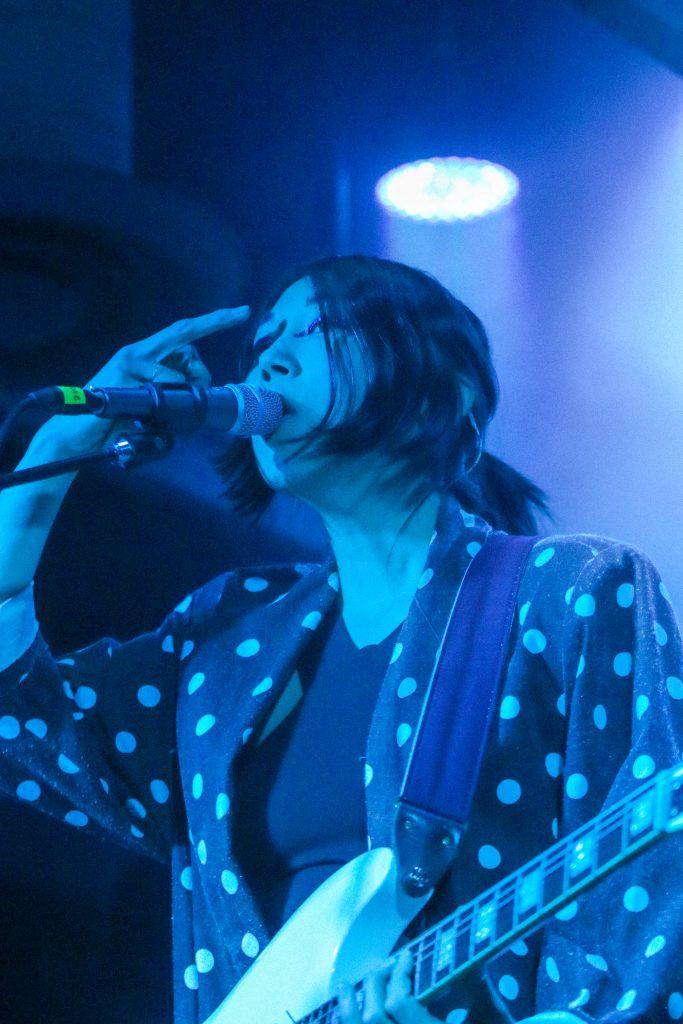 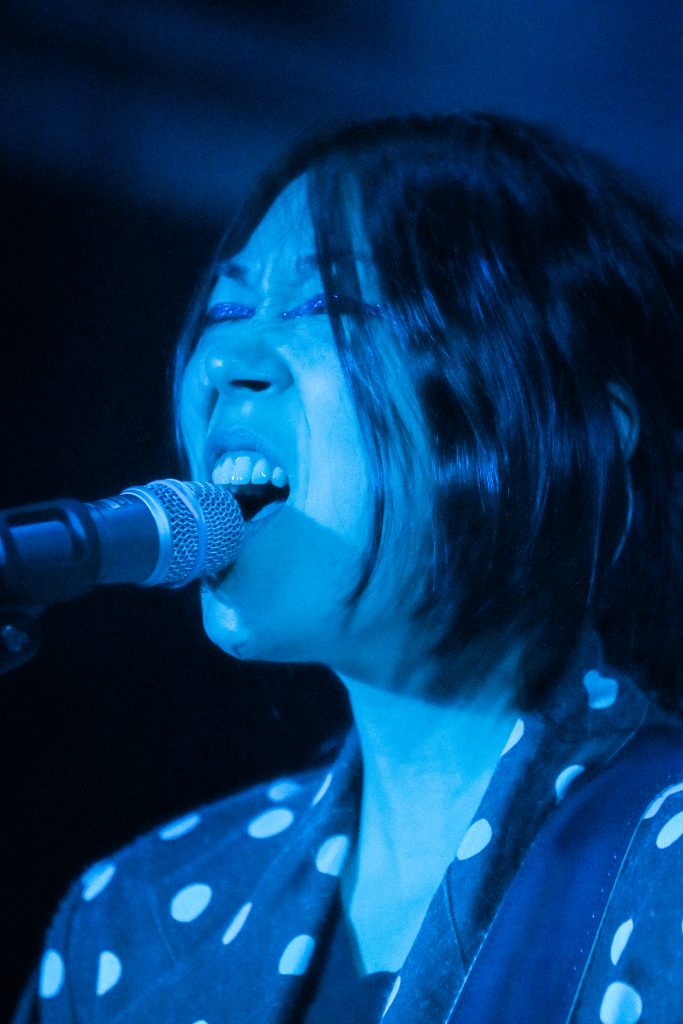